Breath of Invocation
January 1st, 2006
Available on CD at Nature Explore or online through most download and streaming services.

This album has grown from years of study and experimentation with breathing. From the discovery and development of a talent with wind instruments (particularly tuba and didgeridoo) to the study of Eastern philosophy and practices (including yoga and meditation), conscious breathing has always been a dominant aspect of my life. In 2003, I spent three months hiking sections of the Pacific Crest Trail in California. I found myself becoming even more aware of my breath, to the point of documenting my breathing patterns at different points throughout the hike. Upon my return, I began incorporating breathing into my recordings. Around this time one of my best friends, Erik Sowder was finishing his Doctorate in Biofeedback. He planted the idea for this album as a way to help people learn to breathe consciously.

The album begins with the single ringing of a Tibetan Singing Bowl, followed be a short solo for shakuhachi (Japanese Bamboo Flute). The album ends with the calming voice of the didgeridoo and a final ringing of the Tibetan Singing Bowl. The central tracks are designed around two ideas. First, each track follows a breathing pattern based on the number of breaths per minute. Second, the key centers for each track correspond to a specific chakra or energy center of the body. The listener may use individual tracks to practice specific breathing patterns or may listen to the album as a whole to receive the benefits of a full body chakra massage. Whether used as art, therapy, or both, I feel thankful to be the vessel through which this music reaches your ears.
PREV / NEXT   1 / 2
BACK TO BREATH OF INVOCATION 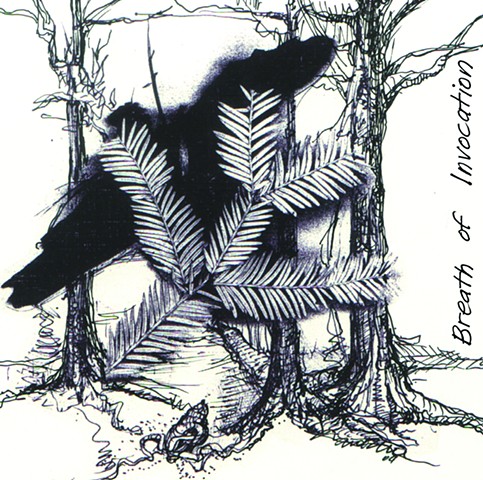